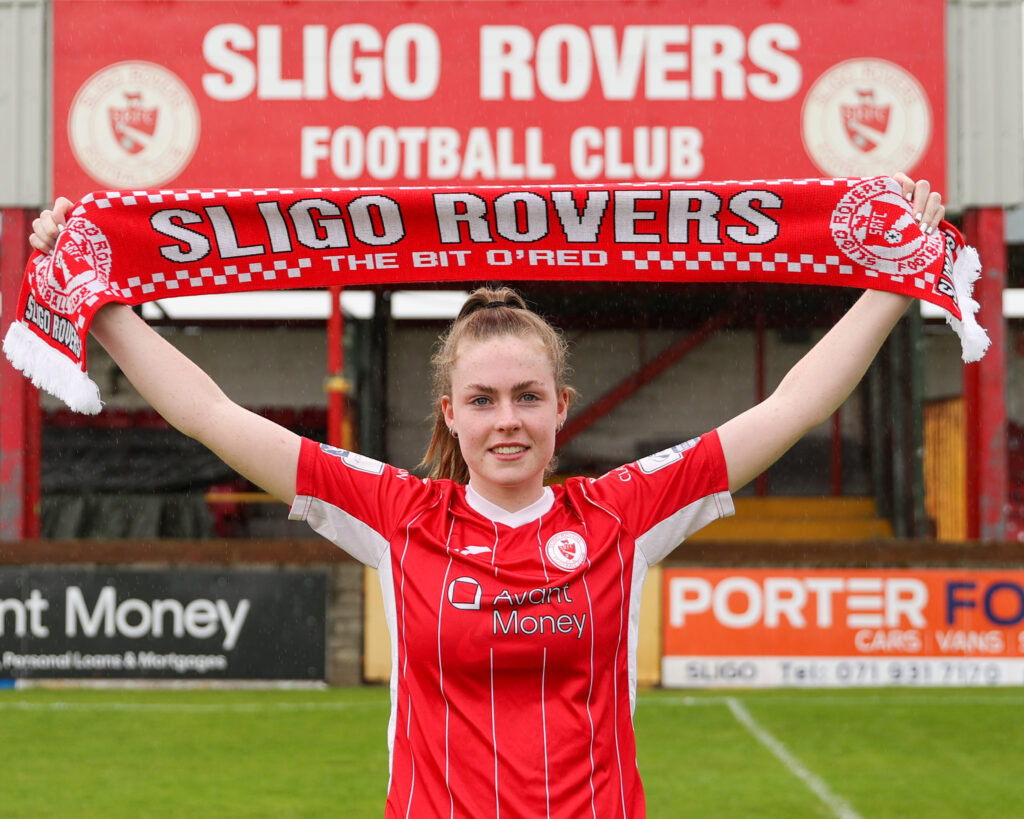 Sligo Rovers’ Women’s National League manager Steve Feeney has made his first signing of the summer transfer window with Aife Haran returning to the club.

The 20-year-old was part of the club’s first ever Under-17 Women’s National League side, before moving on to play for Athlone Town.

The Ballinacarrow native started her football with Strand Celtic at the age of eight, and played up as far as Under 18 level.

The midfielder spent two years with the Rovers Under 17s team and scored the club’s first goal in the underage Women’s National League as she scored versus Peamount, which she says she is very proud of.

Aife then moved on to Athlone Town where she played her football for the 2020 and 2021 seasons.

“I learnt a lot there and gained lots of WNL experience,” Haran told sligorovers.com

Haran studies Sports Therapy in Dublin, and has been playing for the Sligo senior GAA team for the last few months, having not played any Women’s National League this season.

She explained: “Back in November 2021 I was contacted by Conor O’Grady who was in the process of forming a senior womens team at Sligo Rovers, to see if I would be interested in playing for the coming season.

“I had decided that being in college in Dublin, it would not be possible to return to Athlone so my instinct was to return to Rovers, where I started my National League career.

“I had at that stage committed to Sligo Senior Ladies GAA for the coming season but said I would join mid season, which I am delighted to do now.”

Growing up, for Haran there was no senior women’s football in the county, so she appreciates the importance of having a senior Rovers WNL team.

“I am so excited to get back playing for Sligo Rovers again at a higher level. It’s great to finally have a women’s senior team in the county especially for the young girls coming through in the future.

“I help coach the Coolaney United u13 girls and I can see how much it means for them to have role models to look up to and something for them to aim towards in their future careers, so it’s great even from that aspect of things.”

Haran is familiar with a number of players within the squad from her time with the under 17s, and she’s been impressed with what she’s seen so far this season.

“The team has done unbelievably well considering it’s their first year in the WNL. It goes to show how hard working and determined each player is which is exactly what is needed to be successful in this league.

“I’ve been to a few home games and I’ve been impressed with the quality of players in the squad. I’m excited to be involved in this squad and ready to work hard for the team.

“From underage I’ve played with several of the current squad and I look forward to getting to know the rest of my teammates.

“I’ve been at a few training sessions so far and I have enjoyed getting back playing at this level.”

Haran is available to play today (Saturday) as Rovers travel to Dalymount Park to take on Bohemian in their first game following the mid-season break. 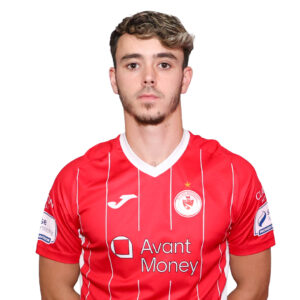