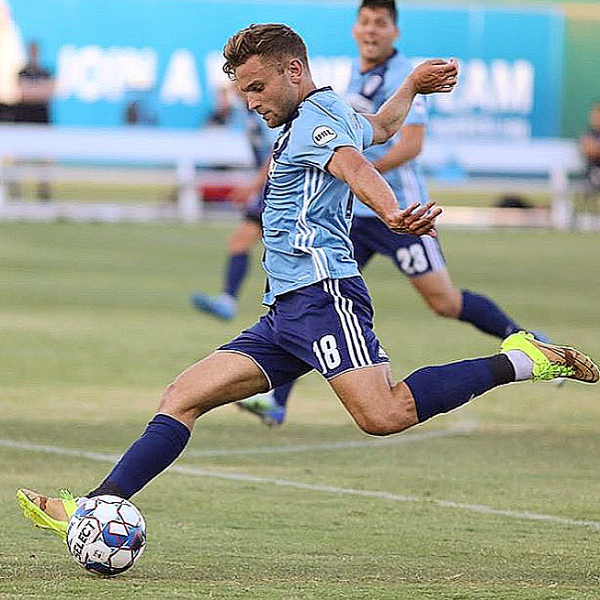 Sligo Rovers are thrilled to confirm the signing of defender Alex Cooper subject to international clearance.

The 28-year-old signs from Fresno FC in the USL and joins the Bit O’ Red for the 2020 campaign.

Cooper can play numerous positions on the left side of defence as well as more ad advanced.

Fresno folded following the 2019 season  with other US clubs were interested in his services.

Liam Buckley said: “We’re pleased to bring in Alex today. He is an experienced defender who plays a number of positions on the left side.

“Playing in England and Scotland is useful from our end and it won’t be too difficult for him to get to grips with the league. He’ll be involved as soon we can.

“He’s got a great left foot and he’ll bring a lot of quality. It’s a major boost to get this signing completed at this time.”

“I found out about the interest from Sligo and while I could have stayed in the US, it suited me to come back closer to home with my family at this stage.

“I spoke with some people I know in football they spoke highly of the league here. I’m able to play a few positions – I suppose predominately left-back now – but anywhere really on the left side.

“I’ve been keeping fit and I’ll be ready to play when the manager wants me to. I can’t wait to get involved with everything.”

Buckley added: “We will be signing one more player. It’s nearly over the line, it’s an international signing so it takes some time.

“I know we’ve been hit by injuries but when we get everyone fit we’ll have a very good squad. We’ll stick together and start on Friday night. Alex could be involved and we want The Showgrounds really behind us and we’ll look to get the performance to get the result.”