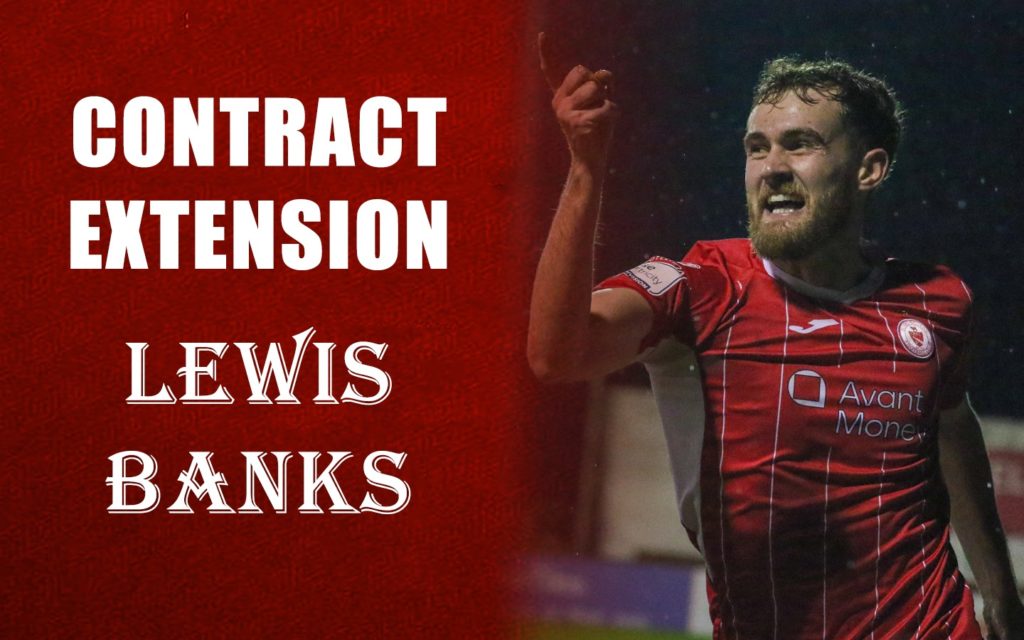 Lewis Banks has signed a new contract with Sligo Rovers as he extends his spell at the Showgrounds into a fourth season.

Banks has played over 70 league games in his time in Sligo, becoming a real favourite of the club’s supporters for his tenacious performances.

He was voted the club’s Player of the Year in 2019 before helping the club secure successive European qualifications in the last two campaigns as first-choice right-back.

He is nominated for Player of the Year again this campaign for Rovers.

Lewis Banks said: “I’m delighted to sign. When I first signed here qualifying for Europe was the big aim. We’ve done that twice now and it’s a real achievement to do that. I didn’t know what to expect when I left England to come here but next season will be my fourth year and it tells you how much I’ve enjoyed it.

“I’ve good relationships with people at the club and I wouldn’t stay without that. It counts for a lot and I’ve liked playing here for the last three seasons.

“I look back on the year that we finished third and it could have been more with the start we had. I missed pre-season and some of the early games because of an injury. It was tough to get back in but I do find with a good run of games you are far better for it. I had that and felt I contributed over the course of the season.

“I told my Dad I was going to score this season and it was nice to prove it to him. The three goals were all winning goals but the one against Longford is the one that stands out. That was a great moment. I’d like to get more of them next season.

“I think the squad gets stronger every season and that has been reflected in how we have done. We want to keep rising. As much as securing back to back Europe is an achievement, a trophy would really top it off. That would be a different level. We have to aim for that.”

Banks was one of the first new signings made by Liam Buckley.

The Rovers boss is delighted to see the former Stoke City man commit further to the club.

Liam Buckley said: “It’s great to bring Lewis into a fourth season here. He’s been a fantastic player for the club for the last three years.

“His conditioning is second to none. He has come up with some big moments and I’ve been delighted for him. He gives it everything and he has a real feel for the club after these last few years.

“Lewis has slotted in at different roles as well in the team and that reflects his ability as a defender firstly but also as a player.

“The goals he’s scored shows he can play further up the pitch and as we know from the back four he gets up into those attacking areas.

“It’s another quality player in our squad for next season and I’m really pleased.”