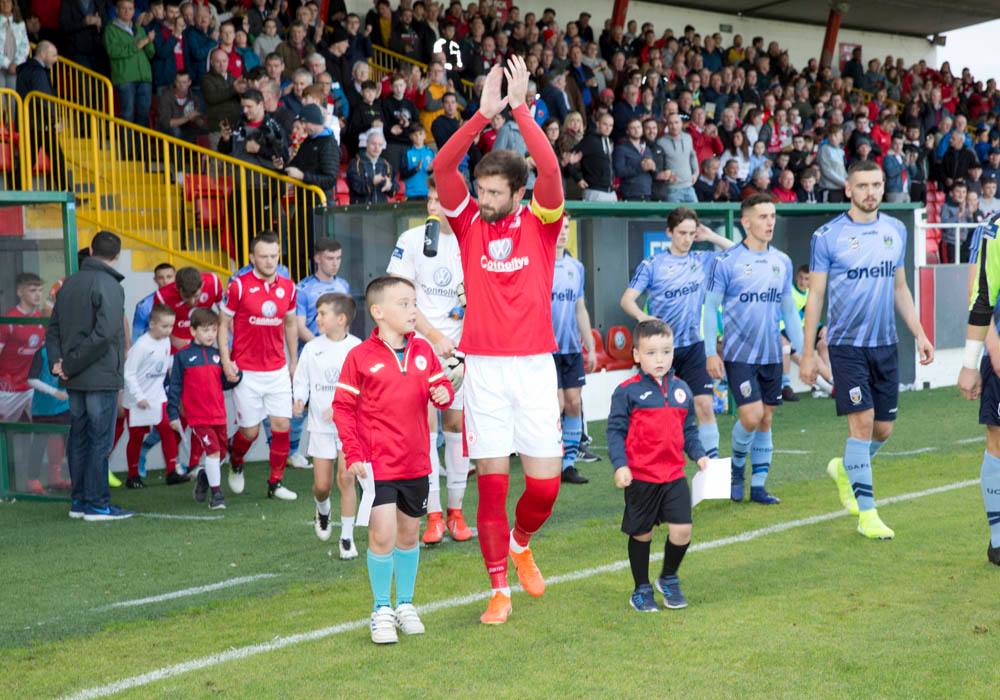 Sligo Rovers can confirm that Kyle Callan-McFadden has signed a new contract with the club for the 2020 season.

The 24-year-old will begin a fourth season at The Showgrounds. The Ramelton man has captained the Bit O’Red and featured in several positions, including right-back, midfield but primarily centre-half.

Callan-McFadden said: “Liam has been a breath of fresh air and ‘Russ’ too. I think the respect we have for Liam has been evident in the effort and application all year. You can see why he has won things with clubs and how determined he is to do it here.

“It’s been good to not battle against relegation because the last couple of years have been a dogfight.

“I don’t think that’ll be good enough next year. We’re trying to achieve something and losing the Cup semi-final was hard to take. It has to drive us on next year.

“I feel some of my performances recently have been the best in my time here. Last season wasn’t at that standard. In 2020 I want to lead this club to achieve something and be at the forefront of that. It’s a simple target on paper and the hard work starts from here.

“I love it here, you see what is going on around the club in terms of the fundraising and the passion around the place. There’s a massive desire to move up a level in terms of the league. We can talk about it now but we’ve got to be ready from the first kick of a ball next season.”

Liam Buckley said: “Kyle is a really solid defender who tackles really well, he’s strong in the air and he’s a good leader. We’ve got some proper defenders here. He has shown form recently that demands he is in the team. That’s what I want from every player going forward.

“We have some versatile defenders as well and I put Kyle in the middle of midfield at times this year because he has range of passing.

“I want all of the players to understand how we are going to develop our style of play here. I hope that he and all of the lads get even better next year in relation to how we are trying to play.

“We want to link the ball in and have a passing style and that starts from the back. There is buckets of ability in the group to become that passing team.

“We still have some business to do and there will be one or two new faces coming in. I’d sooner we have a smaller squad and get the best possible quality. We don’t want big numbers for the sake of it. It’ll be a tight squad but every player will be contributing massively.”