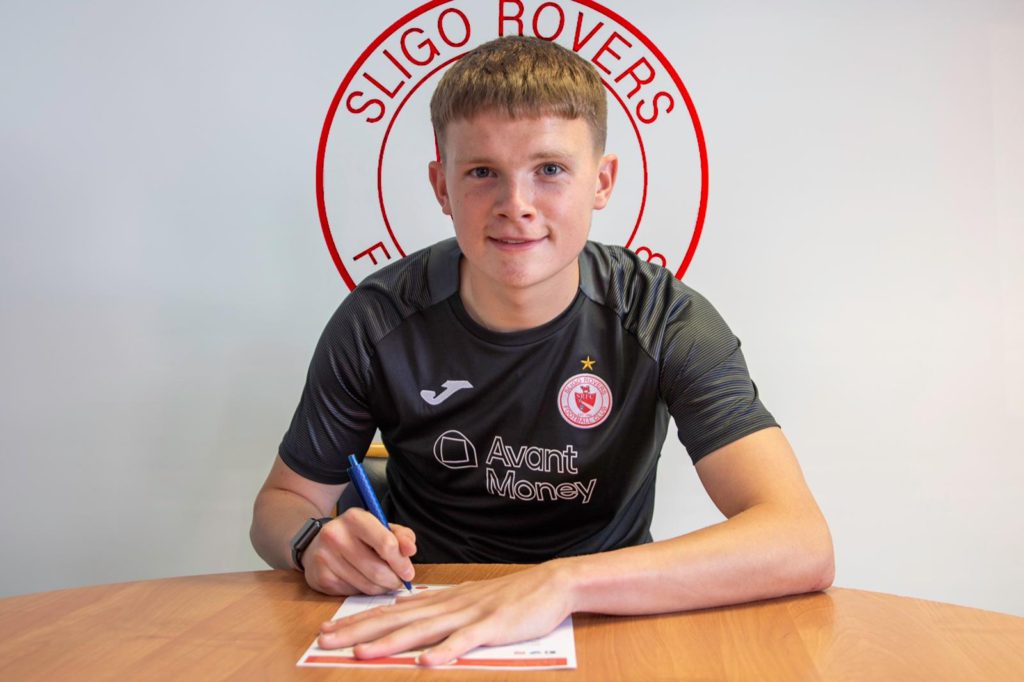 The 16-year-old from Westport is a Republic of Ireland underage international and is currently part of the Ireland Under-17 group having progressed through Under-15 and Under-16 level. He was also selected for a recent Under-18 squad.

He joined Rovers as a 15-year-old from Westport United where he excelled in the high-quality academy set-up at the Mayo club and was already an Irish underage international.

He has also progressed through the age groups in the Rovers academy, having passed Under-15 and Under-17 level and is now the Under-19 goalkeeper.

Walsh has been part of first-team training this year and was on the bench for one game.

He previously attended Rice College in Westport where he was coached by Gearoid Duffy and Brendan Clarke, as well as Joe Kelly, Kieran O’Hora, Michael Gibbons and Padraic Burns at Westport.

“It’s been a dream of mine to become a professional footballer. I’d like to thank everyone at Westport United for their help during my years there and all of the coaches at Sligo Rovers I’ve worked with so far, as well as my family.

“I’ve loved every minute here in The Showgrounds and I’m just very excited to be here as a pro now.

“I know that this is only the beginning and I’ll keep working hard both with Rovers and Ireland.”

Sligo Rovers head of academy Conor O’Grady said: “We’re very pleased for
Conor and his family as he signs his first professional deal.

“The length of the deal reflects the talent and dedication Conor has shown in his time at the club.

“Conor is a year ahead at Republic of Ireland grade and two years within our academy. At Under-17 level we felt he needed to be tested further and that has been vindicated as he is more than comfortable with the Under-19s.

“Conor’s former club Westport and his school Rice College have developed his talent and that has been carried on by Brian Morahan and Ultan McKenna here with us at the moment.”

O’Grady added that Walsh will follow a path taken by current Rovers goalkeepers, as well a new development in local education.

“Conor will now attend Summerhill College in Sligo now as part of our partnership with them. He has to ensure his academic future remains a key part of his life, even as a professional, and this is a pathway we wish to extend to more players. I’d like to thank the Summerhill Principal Paul Keogh for his support.

“His footballing development will continue within our academy and in time we hope he progresses to the senior team. Ed McGinty and Luke McNicholas have led the way and I have to say the young goalkeepers at the club are fantastic people as well as players. Conor certainly fits that description.

“We’re extremely fortunate as we also have Richard Brush there as someone all of the lads can learn and benefit from and Leo Tierney as senior coach. The future for Conor is laid out and knowing him for the last two years, he’ll work hard and keep showing the great application and attitude which has earned him this opportunity.”

Sligo Rovers manager Liam Buckley said: “Conor has a very bright future ahead of him.

“As we have shown, if we feel the time is right, academy players will get their chance at first-team level. Conor has experienced the environment and I have no doubt he will become more involved over these three years.

“We have outstanding goalkeepers on our books and the likes of Ed and Luke have come from within the club which is brilliant. For now Conor will continue to play academy football to develop his game. The hard work by players, coaches and parents is hugely appreciated because the club is seeing the benefit in so many top quality young footballers being produced. I congratulate Conor on an important day in his career and hope there are many more great days to come.” 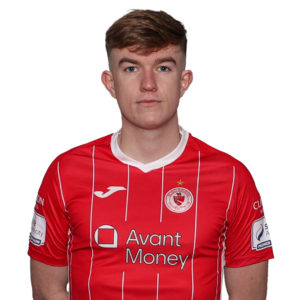