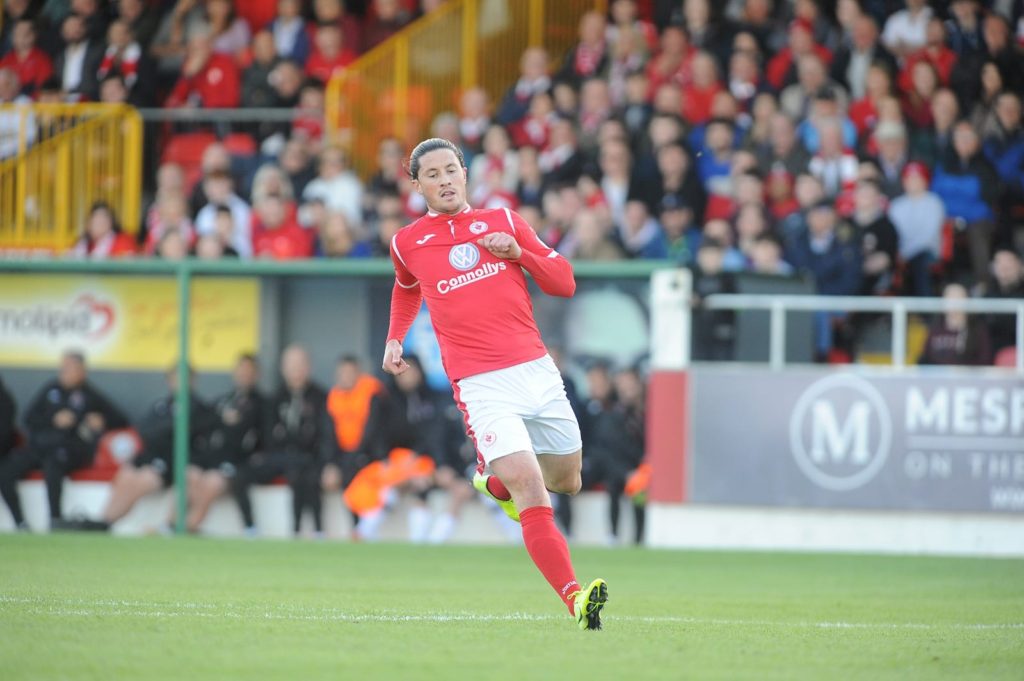 Sligo Rovers are thrilled to confirm Ronan Coughlan has signed a new contract with the club.

The striker, who turned 24 last week, has had an impressive season at The Showgrounds including scoring eight league goals and putting in a number of man of the match displays.

Coughlan signed on the eve of the Premier Division season and had just one training session before his first start.

He struck up a dynamic partnership with Romeo Parkes as the duo contributed 19 lleague goals in total.

Coughlan’s performances saw him become a real favourite among Showgrounds fans and today he has signed a deal for the 2020 season – the 11th player now tied down.

Liam Buckley said: “We’re delighted to get Ronan signed up today. There was some interest from other clubs which didn’t come as a surprise after his performances this season.

“He came in late in the day, when you consider he didn’t do any pre-season here.

“Ronan’s contribution overall has been excellent, his work-rate is terrific and what we wanted to add to his game over the course of the seasonhas been for him to get into areas to get more chances and as a result score more goals.

“He has certainly improved on that and we want more of it next season. He can get better and better.

“Ronan knows how valued he is here and altogether it gives him a strong platform to take into next year and make a big, big impact in this league.

“We have a good core group signed so far and we will build a very competitive squad. We want to take the progress we’ve made into next season because this year has been about getting us to a level to kick on.

“I want as many supporters as we can to row in behind us because the more people we have on board with us, the easier it makes it for the club behind the scenes and getting the players we want over these coming weeks. The board and the CEO are doing great work from that end.

“We are going to continue our work on that and we have two more games to try to finish this year in the right manner. I expect the players to do that.

“But we are also moving our focus towards 2020 as well. There’s a great opportunity for any player that comes here or that we re-sign.

“We’ve got a group of players here that are developing a mentality that gives you achance of achieving something.”