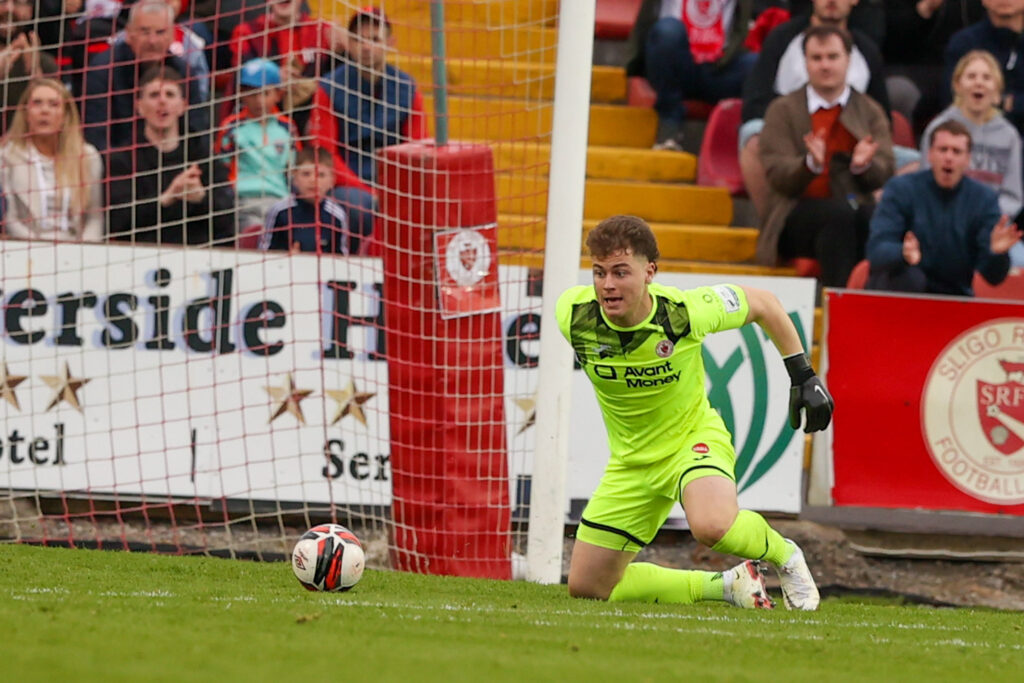 Sligo Rovers can confirm that goalkeeper Edward McGinty has joined English League One side Oxford United for an undisclosed fee which could bring in a six-figure fee for the club.

Edward arrived at Sligo Rovers as a young goalkeeper in 2016 and progressed through our Academy before making his Senior Debut in Drogheda on the final day of the 2016 season.

Since then, McGinty has been almost an ever-present, playing in 105 matches for The Bit O’ Red First Team.

McGinty has been a fans favourite and also a very popular player among the First Team squad since his time here and the club wish to express our thanks and gratitude to Edward and his family.

It was a fitting occasion last Thursday night against Bala Town that Edward produced one of the best performances from a Rovers’ player ever seen at The Showgrounds, which ended up being his final Rovers’ appearance.

‘’We were sorry to see Ed leave. It was emotional for everyone. Ed has been at this club for a number of years, and during that time we have seen him develop through our Academy and into our First Team where he became the number one goalkeeper.

Ed has got all the attributes to go to the highest level so we knew this day would come eventually.

He has worked extremely hard and given his all for Sligo Rovers.

We wish him all the best as he makes the next step in his career. He has left a great legacy behind, and our supporters will never forget his last game for the club.’’

‘’It’s never nice to lose one of your players, especially when they have been at the club and developed themselves through the academy and into the senior team, but we all know this is a great opportunity for Ed and one that couldn’t be turned down. I remember Ed arriving here in 2016 as a young, enthusiastic goalkeeper, looking to progress his career through our Academy.

He was given his debut away to Drogheda on the last day of the 2016 season and he has grown since then to become a club great, having many great performances for such a young goalkeeper.

I have no doubt his passion and willingness to learn and desire to win will take him a long way in the game, and we wish him all the best with his future career’’.

Edward leaves The Showgrounds with the best wishes of everyone associated with the club.