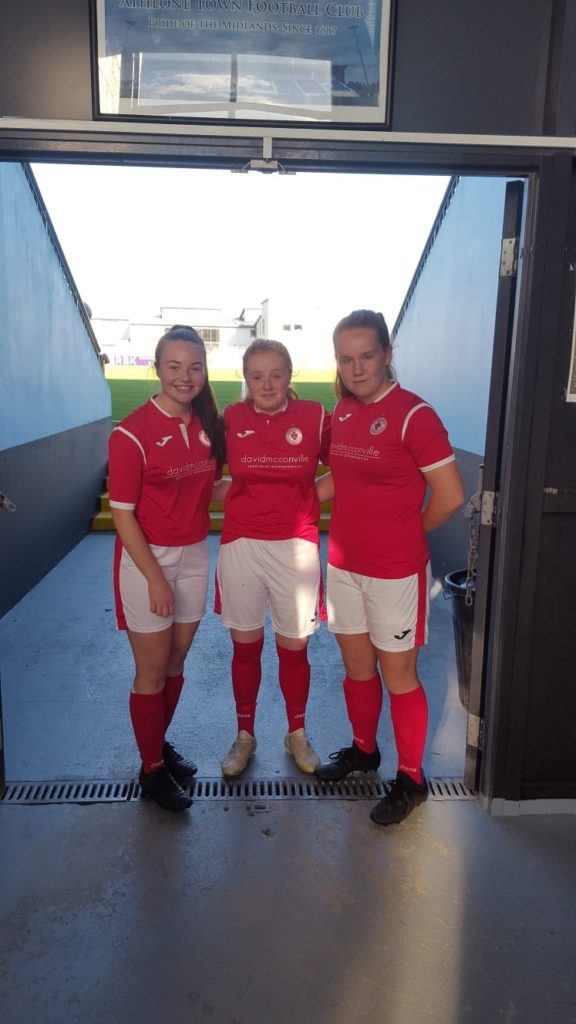 Muireann Devaney, Kate O’Dowd and Emer O’Neill have all been selected for the upcoming Women’s Under 16 Development tournament in the Czech Republic.

The camp takes place from May 18th-25th.

Head-coach Darragh Healy congratulated his players: “It’s a great honour for any player to represent their country and I’m delighted to see the girls once again be selected in the squad.

“As a club we take great pride in seeing players playing at this level and it shows the great work that is being done by all coaches. We wish the girls the best of luck and hopefully they enjoy the experience.

“They have been fantastic since I have come in as head-coach this season and I’m not surprised that they have been called into the squad for this training camp.

“Let’s hope we have more girls going on to represent their country in the near future.”

The Bit O’Red girls are enjoying a fine season so far. With five games played they have picked up three victories (including a 5-3 defeat over Athlone on Saturday), one draw and one defeat.