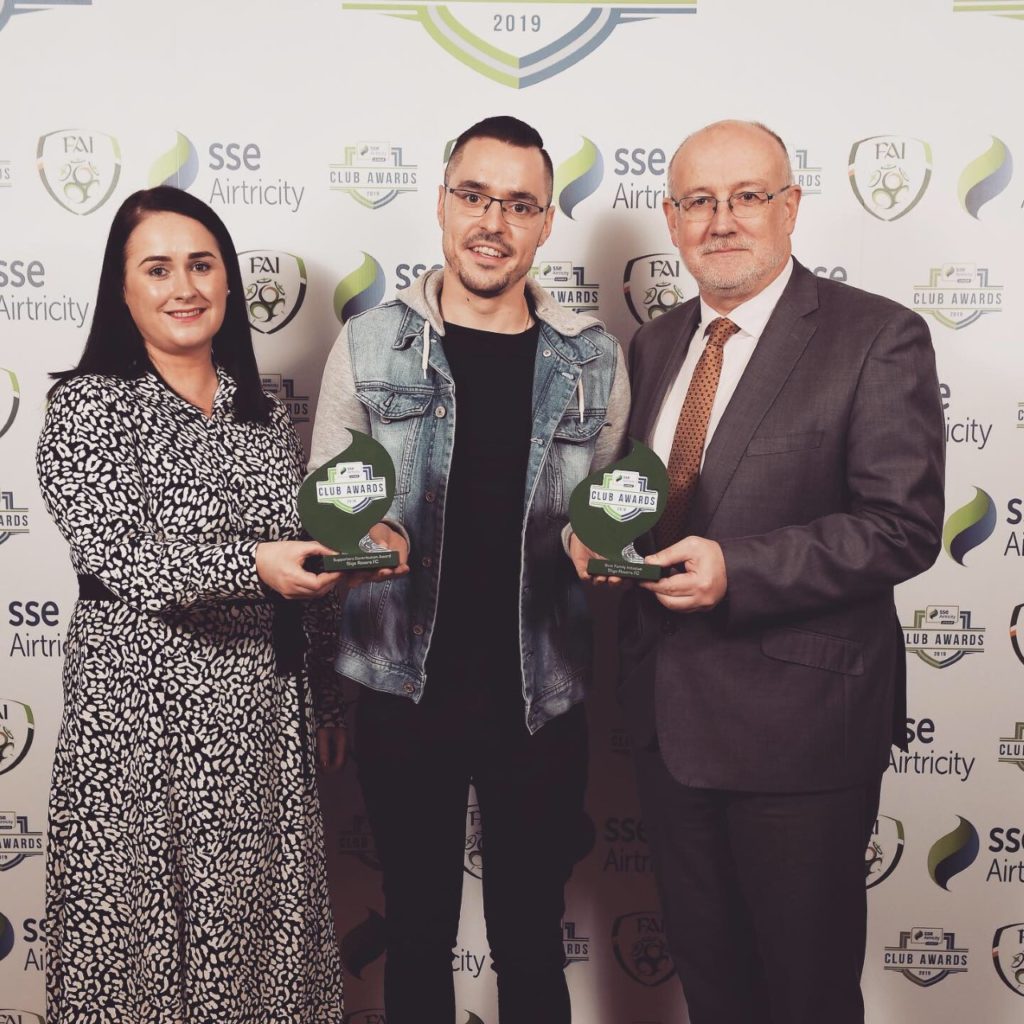 The 2019 SSE Airtricity League awards took place in the Knightsbrook Hotel in Trim Co. Meath yesterday, with the Bit O’ Red represented at the ceremony by club employee Shane Crossan.

There were eight awards in total, with Sligo Rovers making an application for four categories. Applications for the awards were sent to the FAI by Shane Crossan in September.

It proved to be a worthwhile trip to the east for the Bit O’ Red, with the club receiving three awards in total which included “Best Family Initiative 2019” “Best Supporters Contribution 2019” and runners up in “Best Matchday Experience 2019”.

In regards to “Best family Initiative 2019” the FAI commented on the Breakfast Club associated with our kids camps, the memorabilia around the ground, activities with our younger supporters such as our Super Red open day and our birthday parties which take place at the club every week.

For “Supporters Contribution Award 2019” the FAI referenced the new seating which was installed this year in the main stand, the phenomenal money raised in the Annual Draw this year and our strong average home attendance of 2,000 supporters per game.

In the category for “Best Matchday experience” the Bit O’ Red received the runners up award with the FAI complimenting the club on its entertainment at home games such as local clubs playing at half time, acknowledging our sponsors on the pitch at half time, allowing supporters access to players on match nights and providing a safe and fun environment for supporters to enjoy.

Shane Crossan spoke at the ceremony on behalf of the club and thanked the FAI and SSE Airtricity for holding the event and thanked them for acknowledging the hard work Sligo Rovers do off the pitch.

He added ” To collected these awards on behalf of Sligo Rovers Football Club is something I am very proud of”.

“These awards are in recognition for all the hard work we do as a football club off the pitch”.

“The three awards today are for everyone associated with the club. From club employees, to committee members, volunteers, sponsors and supporters these are for you”.