Sligo Rovers take on Finn Harps in a North-west derby on Friday night in Ballybofey in our next SSE Airtricity League game.

The game takes place at 8pm and a large Bit O’ Red support is expected to make the short journey North to Donegal.

The last time the sides met was a 3-0 win for Rovers after two Aidan Keena goals either side of a Karl O’ Sullivan tap in at The Showgrounds. Rovers also won the previous two meetings between the sides earlier in the season, 3-1 and 1-0 respectively.

Both sides were defeated in Dublin last weekend with Rovers losing 1-0 to St Patrick’s Athletic and Harps beaten 2-1 by UCD at The UCD Bowl.

John Russell’s side are currently in fifth position, four points off St Pat’s in fourth, while Ollie Horgan’s Harps are in 9th spot.

‘’We know tomorrow evening is going to be a tough game.

‘’Finn Harps are fighting for survival and they always play well at home.

‘’They’ve got good players and they were extremely unlucky not to win last week.

‘’We were disappointed not to come away with something in our last game but tomorrow is another opportunity for us to perform well and try and close the gap on the teams above us. There are still a lot of games to be played and there will be plenty of twist and turns ahead. The players know how important this fixture is’’.

Sligo Rovers come into the game without a number of first team regulars. Garry Buckley, Seamas Keogh and Colm Horgan remain long term absentees however Horgan is getting closer to a return to full training and may return for the Dundalk game.

David Cawley and Aidan Keena have missed the last two games with knocks but, both are expected to be part of John Russell’s match day squad in Ballybofey.

The game is broadcast live on LOI TV from 8pm and there is also live commentary on Ocean FM.

Tickets are available on the gate on the night and supporters can also buy tickets online at https://finnharps.ie/away-tickets/ 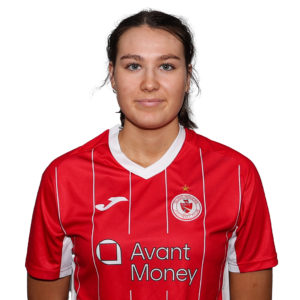 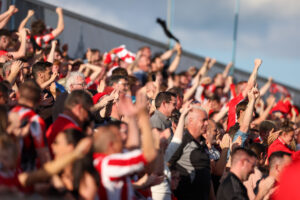 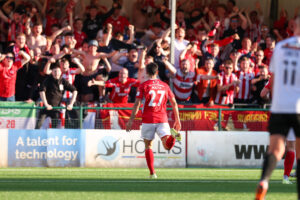 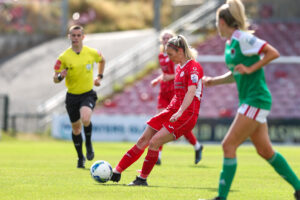