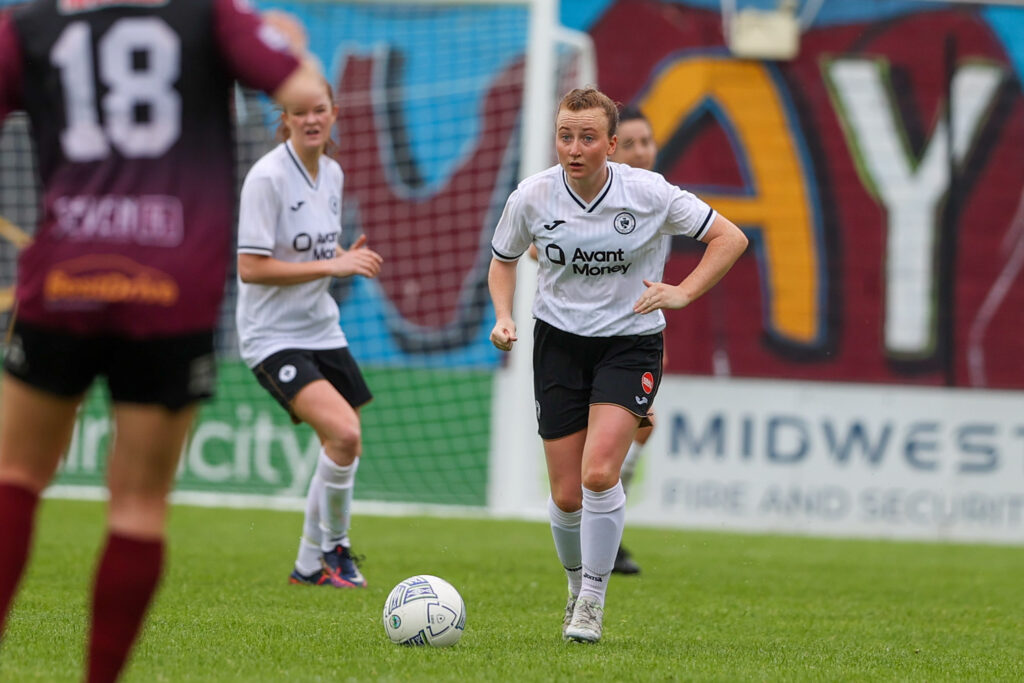 Saturday’s trip to Dalymount Park will give Sligo Rovers a first taste of action in the Women’s FAI Cup against a Bohemian FC team that negotiated Galway in the last round.

Sligo Rovers had a scheduled first round tie against Douglas Hall, but the Cork side conceded a walkover and didn’t travel for the tie to the Showgrounds.

Both teams will go into this quarter-final tie on the back of winning performances last weekend.

Sligo Rovers turned on the style in front of the TG4 cameras for a sensational 3-2 victory last Saturday against defending WNL champions Shelbourne, a team Bohemian FC played out a scoreless draw against 12 days ago. Emma Doherty (two) and Gemma McGuinness were on the mark for Sligo Rovers.

Last weekend Bohemian FC picked up a valuable three points when they recorded a 3-1 victory against Cork City despite trailing the Leesiders at one stage. Bohemian FC responded with a brace of Aoife Robinson goals and Niamh Prior also netted.

Previous games this season between the teams saw Bohemian FC take the points with a 3-1 victory at the Showgrounds and a hard-earned 2-1 win last month at Dalymount.

Bohemian FC manager Pat Trehy will have his players focused on what will be a stern test with a place in the last four the prize. He certainly won’t underestimate the challenge that Sligo Rovers will pose and will be looking for a big performance.

Sligo Rovers manager Steve Feeney will adopt a similar approach and will be looking for some consistency from his players.

“This is a massive game for us against Bohs and we want to get through to the semi-finals,” he commented.

“We can take a lot of confidence from the win against Shelbourne, that shows that we can rise to the occasion.

“Hopefully, we can repeat that performance when we go to Dalymount Park for the quarter-final, we need to find some consistency in our performances and if we can do that on Saturday we have a chance,” he added.