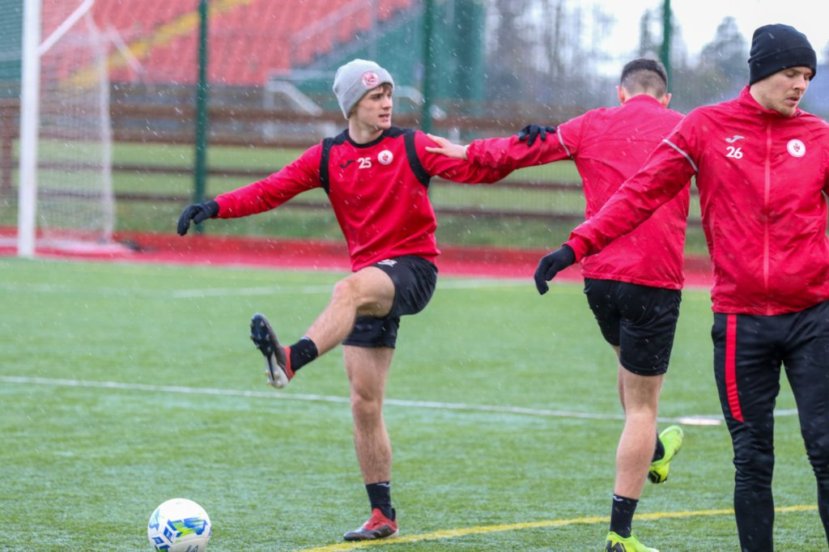 Sligo Rovers midfielder Niall Morahan emerged as a bright spot in the opening night of the season match with Finn Harps and is looking to help the Bit O’ Red respond this Friday night in The Showgrounds.

Rovers were beaten 1-0 in difficult conditions in Ballybofey and were denied a draw late on by a good save from Harps goalkeeper Mark McGinley.

The Bit O’ Red play the first home match of the season against St Patrick’s Athletic from 7:45pm on Friday.

Morahan, speaking to www.sligorovers.com today, said Rovers have to take some of the fallout from the game into the match in Sligo on Friday.

“We were looking to kick off with a win and we knew that it was a tough place to go and it was going to be a battle. We didn’t come out on the right side of it and it was bitterly disappointing for us all.

“It was hard to take, but we know it has to be better from us and there is a lot more to come from the players we have. We’ll move on from it but probably have to take a lot from the game too.

“It’s the first game and you have to pick yourself up. We also lost a very tight game in tough conditions and there’ll be a lot more games like that so we have to quickly learn how to get points from them.”

Morahan did well in the game in which it was hard to keep the ball for long period, particulary in the second period as the pitch deteriorated.

Asked about his own outing, he said: “In a way I was happy with my own performance but I wanted the win more than anything else. The boys and I have to kick on Friday and put in the shift to get it.

“You have no time to sulk. You have to pick yourself up and not feel sorry for yourself. Pat’s lost as well last week so it’s a big game. This can be a game for us to hopefully get our first three points.

“There were some positives and you can take them into the Pat’s game and we should also take the way we felt after the game. We all want to change it for Friday in The Showgrounds.”

Morahan had been hoping for a more positive feeling following the conclusion of pre-season so the Harps defeat was a blow – but the Republic of Ireland Under-19 international is looking for a response for Friday and to put their hard work to better use.

“Pre-season went well. It was tough but everyone came back looking fresh and sharp. Liam and John had us doing all the right work and we are ready to go last Friday in terms of fitness. That wasn’t the issue in terms of the game last week. Our fitness levels will stand to us this season.

“The home support here is always phenomenal and hopefully there will be a big crowd behind us. We’d like to have the 12th man or whatever you call it because while we are going to lift ourselves all week, we need their backing too.

“We want to be straight into Pat’s from the start, we’re the home team and we should be setting the pace. We’ll be looking to play to the best of our ability.”