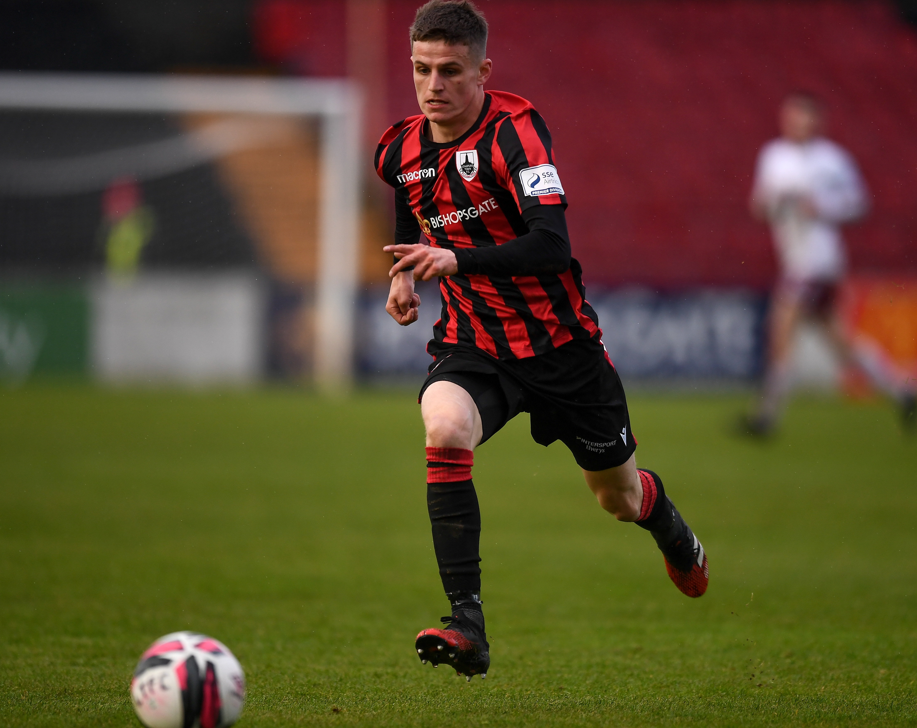 Sligo Rovers are delighted to announce the signing of defender Paddy Kirk.

The left-back, formerly of Longford Town and Bohemians, had an excellent season at Longford.

Kirk is 23 and spent three years at Bohs before moving to the midlanders in search of being a first-team regular.

He becomes the second new signing for the club.

Kirk said: “It’s a great move for me. The opportunity to come to a club like Sligo Rovers was one I had to take really. I’m really looking forward to it. I spoke to people about the town and they said it’s brilliant. It’s exciting and while it will be different, it’ll be part of the challenge and something I’m looking forward to.

“I met with Liam Buckley a couple of times and he told me how much he rated me and the attributes I had. He said he felt I could improve the team and that the most important thing was to have the most rounded team possible. He feels bringing me in will help it. It was a nice after a tough year to get that.

“When I was at Bohs I was in competition with Darragh Leahy and Anto Breslin so competition is something I’m used to. It helps to improve your game, such as your application in training, when you have so many good players around you.

“The opportunity to be full-time in Sligo was particularly appealing. It’s not just that at Sligo Rovers, it’s the fact the club has been in the top four for a couple of seasons now. There’s a hunger to improve and the manager has told me he wants to be right up there again. There’s no reason it can’t be better again next season and that is something I wanted to be part of.”

Liam Buckley said: “I think Paddy is a real talent. He broke in at Bohs as a teenager and did well there before joining at Longford. He joins us at a really good time and while last season was a difficult one for his club, Paddy showed the character and qualities he has.

“It’s a signing that strengthens us significantly. We want firstly a bigger squad and secondly greater balance this coming season. Paddy will bring that competition and equally we know other players, like Robbie McCourt or our other full-backs, can slot in elsewhere. That’s another positive of this signing because the four full-backs give us a degree of flexibility.

“When I look through all of our defenders, they’re physically strong, they can play, obviously most importantly they’re top class defenders and they’re good on the ball. Paddy fits very much into that mould.

“We’re really looking forward to working with Paddy next season.”