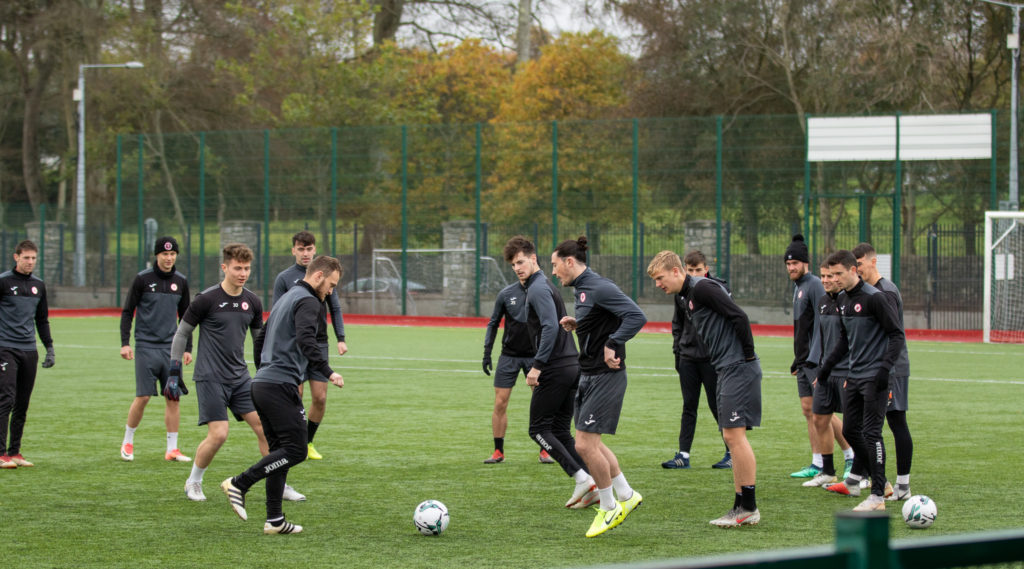 The Bit O’ Red go into the game sixth in the table, although Waterford could overtake Rovers on Friday night.

Rovers’ home record has improved dramatically this season. In 2018 there were 10 league defeats for the home side in The Showgrounds.

This year has seen just four, with three of those coming in the first four games.

Since the loss to Bohs on 6 April, there has been just one defeat in 13 games which came at the hands of Dundalk.

In team news, Daryl Fordyce and Kyle Callan-McFadden are back from suspension.

Romeo Parkes is out for the rest of the season (medial ligaement) and Ronan Murray is suspended.

Liam Buckley said: “I am pleased that we’ve made it a difficult place to come as that was the intention when we started the season.

“There was a slow start as we tried to get things up to speed, this was a new group but over time we have improved. Some of those early losses things were going against us.

“That said, there is a base to get it better and turn some of the draws we’ve had into wins. There is still more to come from that end. It’s not easy in this league but that is the challenge ahead next year.

“It is good to have a lot of players back this week. We were up against it in Waterford in the circumstances. I would like to finish off the season in a good manner. It’s going to be a difficult game. Derry are chasing a European spot and they’ve done really well this year.”

Attendances have increased this season too, with average crowd at its highest level since 2014 at 2,000.

Buckley: “The supporters have been very good because when it didn’t start well they really stuck with us and encouraged the lads which is what you need.

“I would like them to come out once more, as they have done all season, because the players have worked extremely hard and we are gearing up to try to put in a performance to finish it off well.

“It will be tough but the lads are looking forward to it.”

Buckley also confirmed he will return to his usual Sligo Rovers Joma Sport matchday apparel after the EJ Menswear Fashion Show earlier this week where he donned a more formal attire on the catwalk.

The event generated a five-figure sum each for Sligo Rovers, Sligo Cancer Centre and Sligo All Stars.  The world record for most models at a Fashion Show was broken.

Buckley said: “It was a wonderful evening and I really want to emphasise that. It was a privilege for all of us to be part of it. There was a sense of community in the room that struck a chord with everyone present.

“There was so much work put into the event and I thought it was something to be proud of.

“But I think now I’m happy to stick to the day job!”

Kick-off on Saturday is 7:45pm