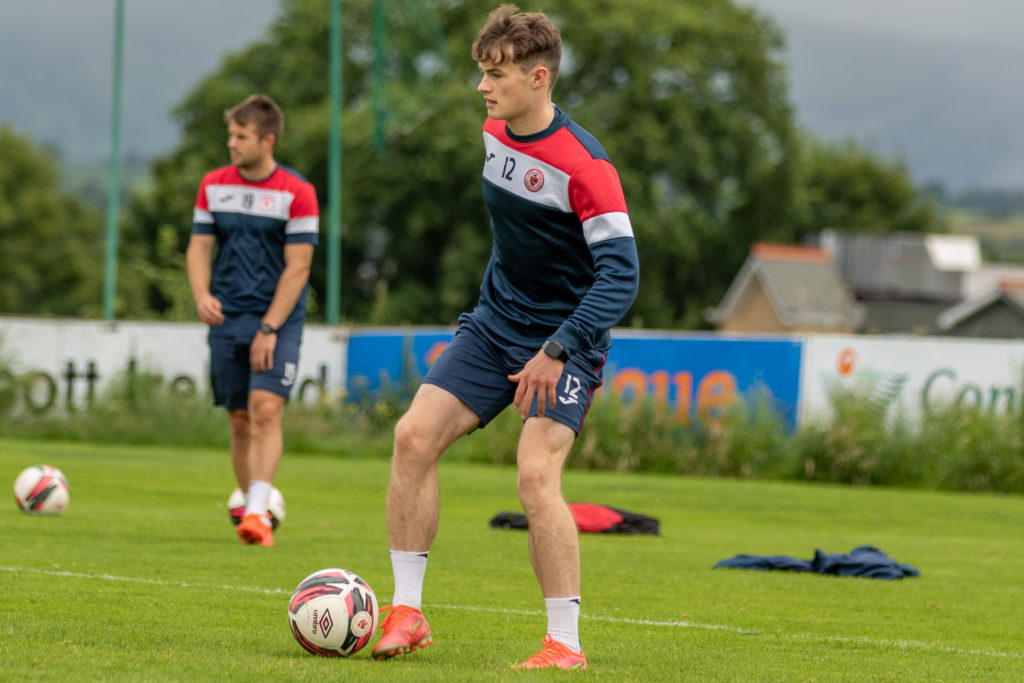 Sligo Rovers return to action on Sunday as Cork City visit for a first round FAI Cup tie at The Showgrounds, kick-off 5pm.

After a disappointing week, as the Bit O’ Red exited the Europa Conference League and suffered a league defeat in the aftermath, Rovers play a Cup tie in front of 600 supporters against First Division City.

The match is available on LOI TV. Kick-off is 5pm.

In team news, Robbie McCourt is two weeks away from availability after a wrist problem. Edward McGinty has returned to training following ankle ligament trouble. He will not be ready for this game but will come into the mix imminently.

John Mahon has trained all week and is available, while Greg Bolger returns from suspension.

Liam Buckley said: “It was a difficult week and I don’t think we’ve played particularly badly over the games which makes it harder. We’re all hurting but you have to take that hurt and move on.

“There’s no sympathy in this business. When you have a week like we did, there’s no time to feel sorry for yourself. Winners are workers and anything we’ve done this season has been achieved by hard work.

“We had a good conversation after training today about looking forward and we start with this Sunday.

“We took some time to regroup at the start of the week, we had some good sessions bearing in mind the conditions in Sligo this week where the heat has been exceptional and we’ve had to balance that. The squad is strong in terms of numbers now as well. Robbie McCourt will be back next month and Edward is training too now.

“The FAI Cup is a fantastic competition and it’s cut throat as well. You get one chance and that’s it. We know the rewards of the occasions of semi-finals and the club has got to finals in the last decade so everyone is aware of what is at stake.

“Cork are in something of a transitional period and we have to be wary of their threats. They’ve been in lots of tight games in the First Division this season.

“We want to reward our supporters as they come back to the stadium and it’s unfortunate the past couple of weeks have gone the way they have as they do return. I understand there’ll be 600 on Sunday which is fantastic and we would like to give them something to cheer.

“We’re looking forward to the game, we’ll be doing our utmost to get through and produce a good performance.”