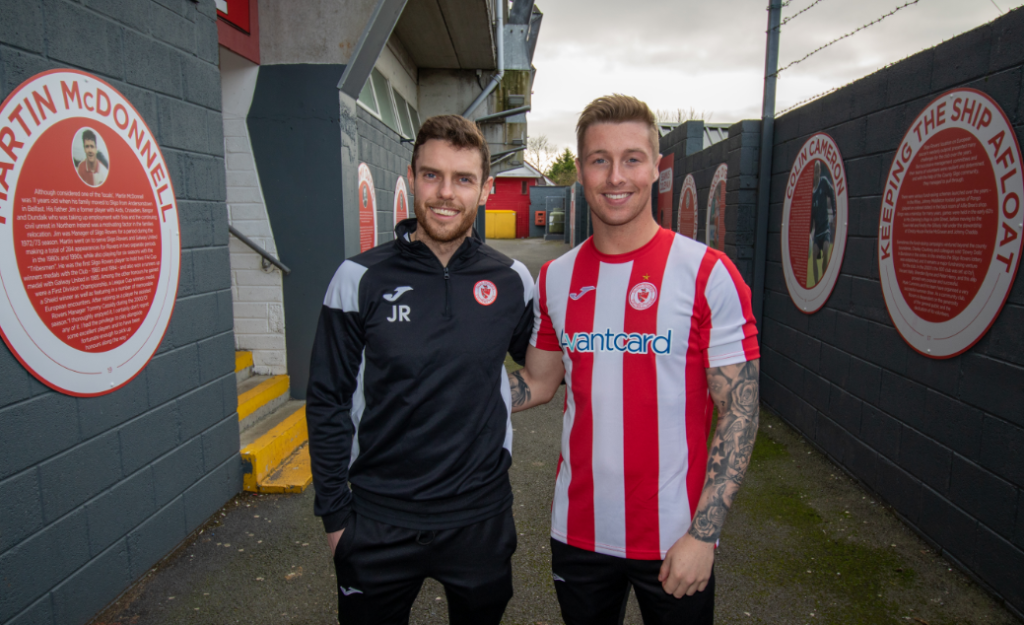 The Bit O’ Red begin their second season under Liam Buckley with new signings Teemu Penninkangas, Darragh Noone, Garry Buckley, Jesse Devers and Will Seymore all in the squad.

In team news, John Mahon (broken leg) and Regan Donelon (shoulder) are out.

Lewis Banks has responded well to treatment to a thigh problem and could feature – he will have a late fitness test.

Liam Buckley said: “The lads are looking forward to it. We really want to start well and it’s a game to be excited about.

“We’ve had those couple of injuries – they were unfortunate impact ones- but we have to believe that one door opens for somebody else.

“We’ve brought the new players in to add to what we retained from 2019 and I think they will.

“They’re all here with a point to prove, be it coming into a new league or moving clubs or whatever else.

“We expect the conditions to be difficult and some inclement weather and all of that.

“I’ve no doubt Ollie will be playing down Harps and we are whatever else but you can see by the signings with the likes of Barry McNamee that there is a greater strength and backing there this year so that is the challenge for any team that goes up there.

“That said, all that concerns us is our group. We’ve got to work extremely hard, it’ll be a dog rough league again and even harder in each game this season so if we have got aspirations of improving on last year, we’ve got to go into every game and show that we are good enough do so.

“I think we can do that. I know there’ll be a big following up there in terms of support from Sligo, it’ll be a partisan crowd for sure and we want to go up there and put in a serious shift and start on the right foot.”