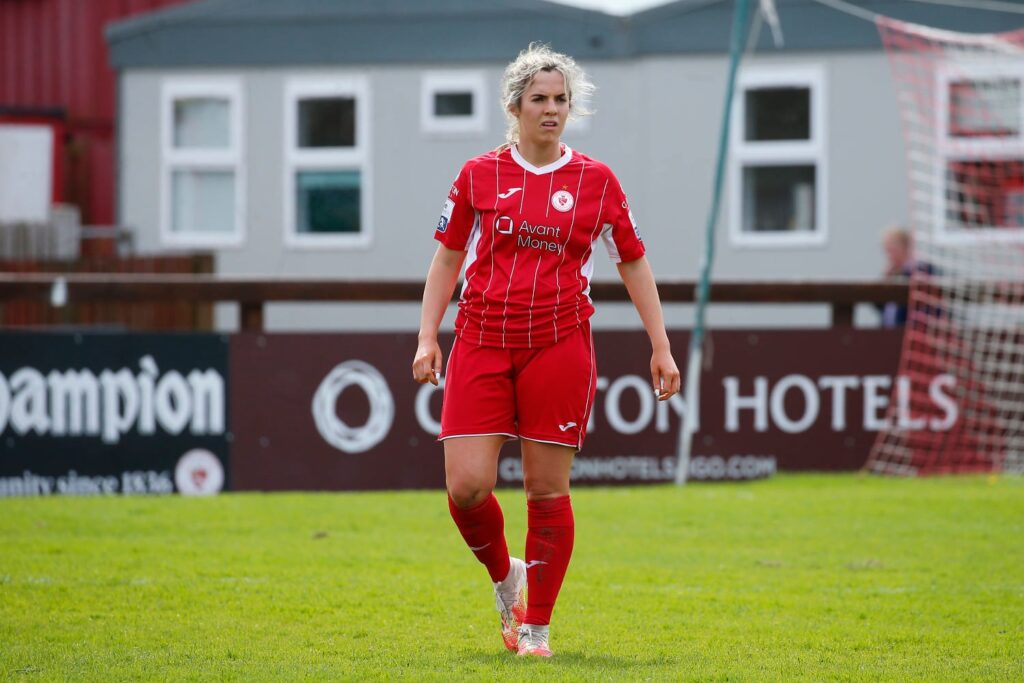 The Bit O’ Red travel to Dublin tomorrow to take on DLR Waves at The UCD Bowl at 4pm.

The game sees the sides meet for the second time this season after DLR defeated Rovers back in March in our first ever WNL game at The Showgrounds.

Last weekend, Steve Feeney’s side put on yet another spirited display against Galway but fell just short, losing 2-1 after Emma Doherty’s third goal of the season had given us a 1-0 lead but two goals from the visitors, one on the stroke of half time and one with twenty minutes remaining gave them the points.

DLR will prove yet another tough test for Rovers and they are currently in fifth position in the league table with Rovers back in eight.

‘’This weekend we travel to DLR Waves in what will be another welcome test for us all. Manager Graham Kelly has done wonderful work over the last few seasons and as a result DLR have a very strong squad who have already shown this season they are ready to challenge the top sides in the league.

We have now played every team in the league once and while we have no doubt there’s a high standard of players and teams in the league, we are looking forward to the challenge each game brings knowing we have the potential to improve and push our own levels as a team and individuals.

Every loss is tough to take but last weeks was made a lot worse with the injury sustained by Kristen Sample, Kristen has brought so much to our group since her arrival both on and off the pitch and we are all right behind her as she starts her recovery and have no doubt, we will see her back in action when the time is right’’.

In team news, goalkeeper Kristen Sample faces a lengthy spell on the sidelines following an arm injury sustained in last weekend’s game with Galway. Emma Hansberry continues to recover from a muscle injury and this game may come too soon for her.

The game is live on LOI TV from 4pm.