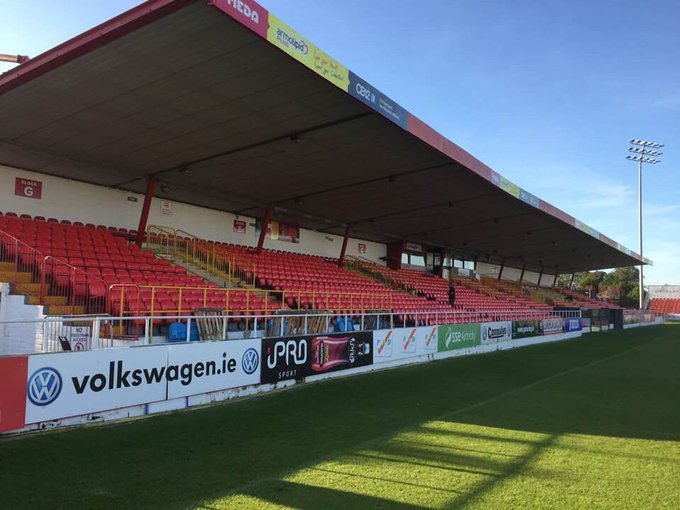 The Bit O’ Red are issuing a notice to supporters and a supporter group in relation to the use of pyrotechnics.

As you are aware, during last Friday’s match with Finn Harps in Finn Park in Ballybofey, pyrotechnics were used by Sligo Rovers supporters

As you are also aware, these are banned from League of Ireland football grounds and their use results in Sligo Rovers receiving a fine from the Football Association of Ireland.

This happened on several occasions last year. We have repeatedly warned supporters about using pyrotechnics and have grown extremely frustrated that the message has been ignored.

The club was fined on several occasions last year, totaling thousands of euro and today we have received notification of a citation which will result in another fine. This is emanating from the Finn Harps game where pyrotechnics were used and thrown onto the pitch, one of which engulfed in flames on the pitch and had to be extinguished and removed by a steward.

In 2019 €495,000 was fundraised for Sligo Rovers and, in order to get through the year, the club committee and fans had to go to extreme lengths to generate this money. Every cent was needed.

For our own supporters to repeatedly instigate these fines totally contradicts and insults this work. We understand why you use pyrotechnics but this is not an acceptable reason to do so given we have been fined on each occasion and puts our future in jeopardy as well as endangering other fans.

We will no longer accept such incidents with just a warning. We have identified some of those who used them in Ballybofey and know these are repeat offenders.

We will be introducing a number of sanctions if any supporter uses pyrotechnics at home or away matches for the rest of the season.

(a)    Refusing entry to individuals from home matches. This will not be temporary. It will be permanent

(b)   Ensuring the same supporters are not permitted to away matches

(c)    The closure of the Jinks Avenue Stand for home supporters if pyrotechnics are used in this section by our fans.

We will be represented in all part of the stadium to monitor it on Friday and other games. Please adhere to our request or do not attend Sligo Rovers matches in the future.