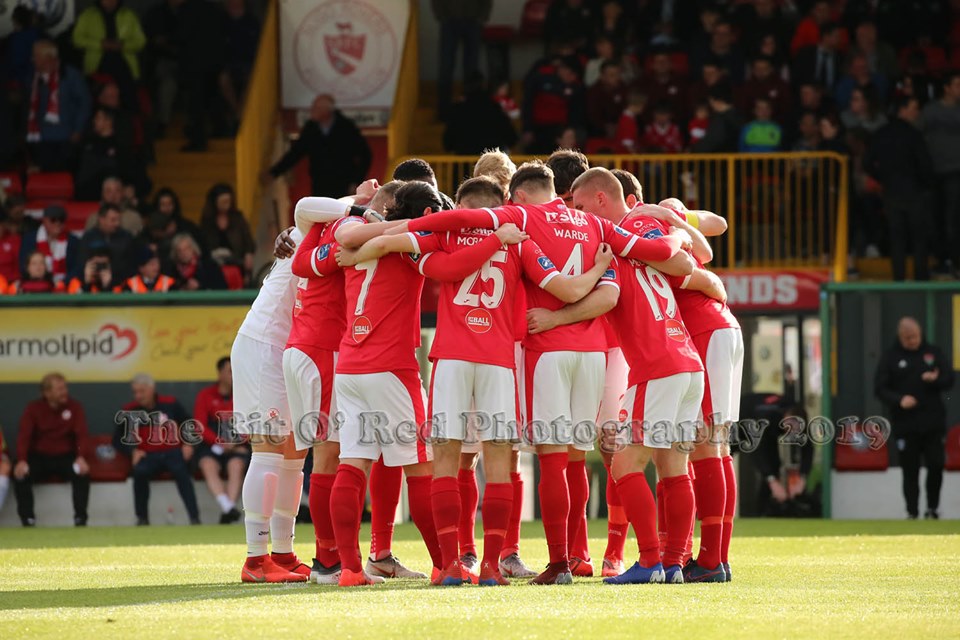 Dundalk continued their push for a fifth Premier Division league title in six seasons as they saw off Sligo Rovers at the Showgrounds.

Dane Massey and Andy Boyle struck for the Lilywhites, who stretched their lead over second placed Shamrock Rovers to seven with one game extra to play.

Returning to the scene of their last defeat on home soil back in April, it was Dundalk who hit the opener on the quarter hour after an opening which offered little in terms of chances.

Rovers did have an early penalty appeal turned down. Massey seemed to control an awkward Lewis Banks cross with his chest amid claims for a spot-kick.

This, before Vinny Perth’s team had the lead.

Michael Duffy’s cross, meant for Daniel Kelly was cut out by a Sligo defender. The ball landing only as far as Massey who showed wonderful technique to execute a superb volley past Ed McGinty from 15 yards.

Rovers were defending an eleven game unbeaten run on their home patch and had chances for both Pat Hoban and Dan Kelly to contend with.

Hoban lashed an effort from the edge of the Sligo area across the face of goal after sloppy play from David Cawley. While McGinty held Kelly’s header on the half hour.

Jamie McGrath wasn’t too far away six minutes from the break when he attempted to twist a placed effort into the far corner as the visitors remained on top.

Rovers’ Romeo Parkes pounced on a weak back-pass from Sean Gannon late in the half. But goalkeeper Gary Rogers read the situation in time to close down the Jamaican before he could get his shot away.

The second half was eight minutes old when the champions had their second.

Two almost became three on 57 when McEleney struck the crossbar from range as Dundalk looked well in control.

McGinty pulled off fine reaction save from a Massey shot which deflected off a Rovers defender on 65.

The visitors struck the woodwork again two minutes later when Duffy had McGinty beaten all ends up. The Derry man’s effort from the instep coming back off the Sligo crossbar as Dundalk continued their drive for that elusive third.

Hoban was next to strike the frame of the goal when his glancing header from a Duffy corner bounced off the top of the crossbar with ten to go.