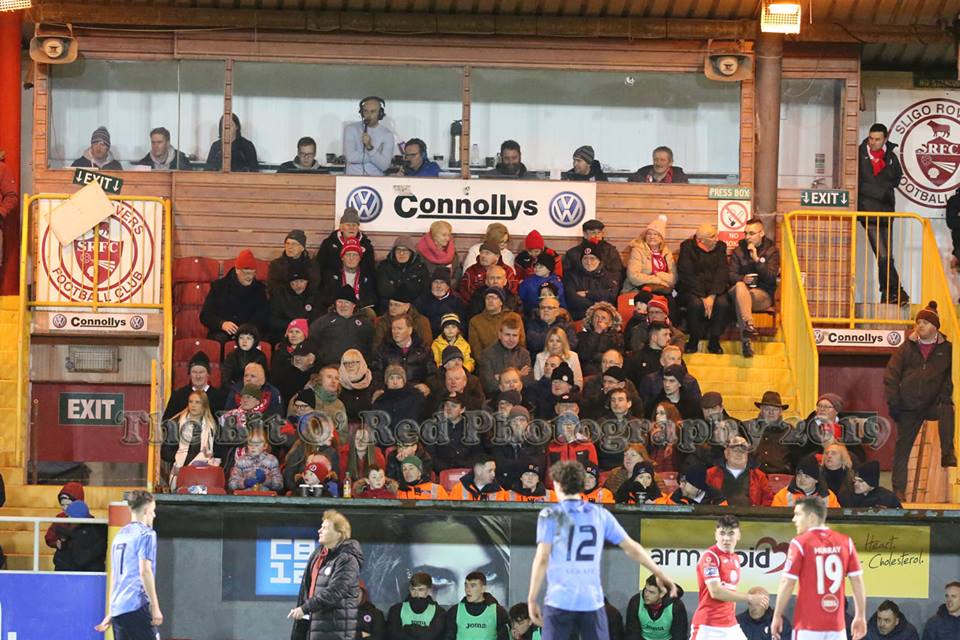 Waterford and Sligo Rovers added their contribution to a madcap week of football as they played out a pulsating 3-3 draw which saw both goalkeepers save second half penalties.

Both sides had the opportunity to move into the top half of the table but neither was able to hold onto any lead on the night ensuring that the pair shared the spoils in a match none of the spectators wanted to end.

After a sluggish opening 10 minutes good work out wide from Aaron Drinan earned him space for a shot but his 30-yard effort was always rising over the Sligo goal, while the home fans felt they should have had a penalty just after the quarter-hour mark as Izzy Akinade was felled having been neatly played in by Zack Elbouzedi.

Within a minute the visitors were ahead when Kris Twardek bundled in David Cawley’s cross after a fine run down the left from the Rovers’ captain but their lead lasted just two minutes.

As he did several times in the second half of last season, Cory Galvin picked up the ball in space centrally and his right footed, 20-yard effort snugly tucked inside the left hand side of the Mitchell Beeney’s’ goal.

The Blues were on the front foot as the half progressed and they took the lead they deserved 10 minutes from time when Elbouzedi reached the byline and lofted a pull-back to the onrushing Duggan, whose effort ricocheted off the crossbar and onto the arm of the keeper before rippling the net.F

Following the restart Drinan curled an effort at Beeney before Akinade nodded a hanging Aaron Simpson cross into the side-netting but the sides were level just before the hour mark. A short free kick set Cawley down the left again and he whipped in a devilish delivery across the goal which was steered in by Ronan Coughlan.

Waterford almost found the perfect response when Galvin again cut in onto his right foot but his curling effort bounced back into play off the crossbar and Liam Buckley’s men took the lead for a second time in the 64th minute when Parkes finished emphatically to the near post having been played in on Matt Connors’ goal by Cawley.

Shane Duggan had a penalty saved by the outstretched Beeney after Akinade was fouled by Leverock but the Blues equalised with 10 minutes remaining when the striker nipped onto a bouncing ball and lofted it over the keeper who went from hero to zero in seven short minutes.

Parkes and Duggan had chances from open play to put their sides ahead although neither could find the target and Coughlan followed their lead by spurning a spot-kick after Georgie Poynton’s handball, with Matt Connor saving to his left hand side.