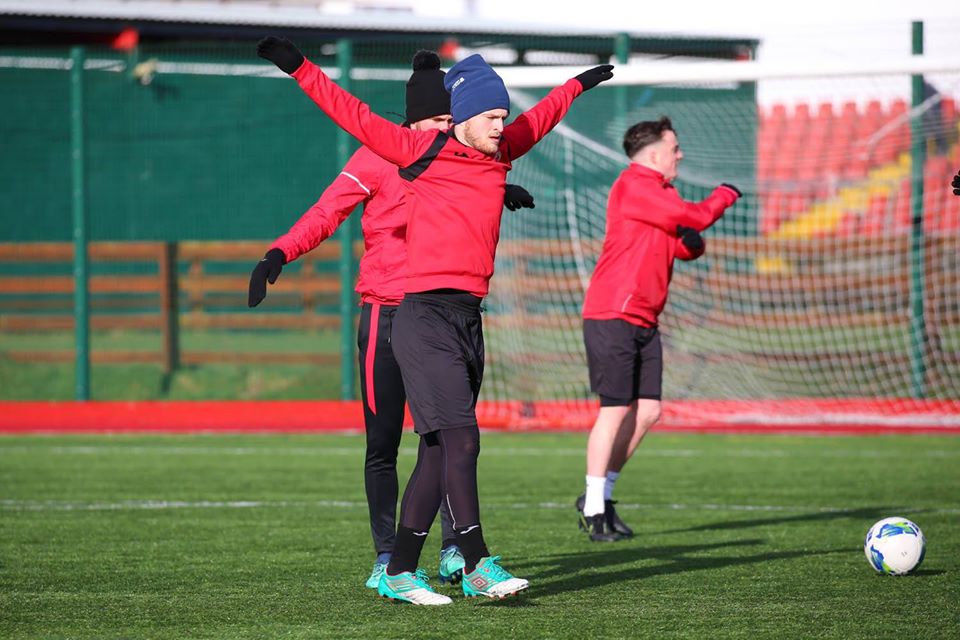 Sligo Rovers were unfortunate to go down to a 2-0 defeat to Bohemians in Dalymount Park on Monday night in the SSE Airtricity League.

Rovers gave a debut to new signing Alex Cooper at left-back while Jesse Devers replaced Ronan Murray in their attack.

An error sparked a tame game to life as Bohemians clinically punished their visitors to take a ninth minute lead.

Bohemians striker Glen McAuley galloped away to cross. And though the centre came back off fullback Niall Morahan, the inrushing Danny Mandroiu was calmness personified as his first time side-footer found the bottom corner of the net.

The pace and tenacity of McAuley, on his 20th birthday, continued to cause Sligo problems in the early exchanges.

The former Liverpool trainee shot wide before then working a good save with his feet from Ed McGinty after Mandroiu threaded him in on goal on 15 minutes.

It was 23 minutes before Rovers threatened, winger Devers running onto David Cawley’s long ball to hold off Dan Casey and get his shot away which Stephen McGuinness ably dealt with.

McGinty was off his line quickly back at the other end just past the half hour to smother the ball at the feet of Barker from Mandroiu’s audacious flicked through ball.

Sligo finally got their fans behind the goal at the school end of the ground off their seats minutes later when Ronan Coughlan’s flicked header from Cooper’s cross flew just over the crossbar and they enjoyed their best spell of the game.

Buckley’s side remained on the front foot into the second half. Devers cleverly put Cawley in on goal to bring a smart parry save from McGuinness seven minutes in.

But the Bit o’ Red needed some desperate defending to prevent Bohemians extending their lead on 57 minutes.

Luke Wade-Slater put Mandroiu in down the inside-right channel. McGinty was out quickly to deflect the shot across his goal.

The follow-up from McAuley was mis-hit into the ground and deflected over for a corner by McFadden.

McAuley was in on goal again seven minutes later from substitute Ross Tierney’s pass. McGinty made himself big at the angle with the shot hitting the post.

Sligo rallied late on with efforts from Garry Buckley, substitute Mark Byrne and Coughlan all failing to bring an equaliser.

After McFadden cleared off the line from substitute Danny Grant, Bohemians struck right on 90 minutes.

Wade-Slater’s cross picked out winger Twardek just inside the box to tee up a low drive that arrowed past McGinty into the bottom corner.