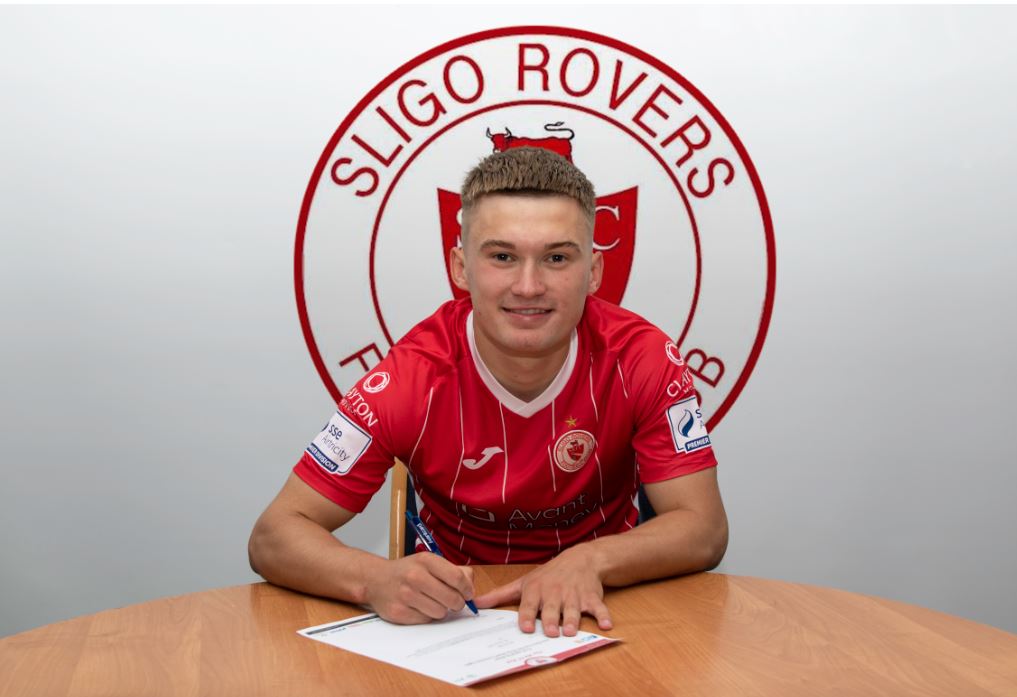 Sligo Rovers have completed the signing of former Republic of Ireland underage captain Seamas Keogh from Southampton on a contract until the end of the 2022 season.

The 19-year-old spent the last three years with the Premier League side.

Keogh is a decorated Irish underage international and was with the Under-23 Saints side and previously the Under-18s.

He moved from Benbulben FC to the Rovers Under-15 side where he was a team-mate with the likes of current first-team squad members Niall Morahan, Mark Byrne, Darren Collins and Scott Lynch.

He signed as a professional with Southampton in 2019 and rejoins Rovers today on an 18-month deal.

Keogh has been training with Rovers this month and is available for this weekend’s match with Longford Town pending international clearance.

He said: “I grew up going to The Showgrounds every week so to be able to say I’m a first-team player is a fantastic feeling and a dream come true. It brings a lot of pride to me and my family so I’m delighted.

“It’s a great group as you can see by the results. Everyone has been very welcoming. Liam Buckley and the staff have been very good to me. It has made me feel like I’m back at home and made playing football again even better. For me going into a group which is pushing to win every game and play in big competitions is fantastic. It is what every player wants.

“Southampton was brilliant. I gained massive experience being over there at such a young age and played with some brilliant players. I really enjoyed my time there. I’m back now and I’m here to focus every day in training to make myself and the team better.”

The attacking midfielder has said he is looking forward to making an impact with the club.

The last year has been a disrupted one after illness and injury.

He is also enjoying being back with his former colleagues. Last weekend six academy graduates started the 4-0 win over Bohemians, while nine were in the matchday squad.

Keogh could soon bring that number into double figures.

He added: “I like to play football, I’m a ball-player. Any way I can help the team by getting the ball down and creating chances I will do.

“I had Covid-19 last January. That took a hit on me for a few months. I tore my calf as well which was another setback. But I’m fully recovered now thankfully. The last few weeks of training have gone well. This is the fittest I have been in the last 12 months so I’m really happy. I’m ready to play.

“The lads I used to play with in the Under-15s, the likes of Niall Morahan, Mark Byrne, Darren Collins, Scott Lynch, are all in the first-team squad for a while. Jason Devaney has been part of the squad this year too.

“There’s some older and younger lads too who were above and below me. It’s good to see of course and it speaks a lot for the team we had back then. It shows Sligo Rovers and the area is producing good players.

“I want to train as hard as possible. That’s my goal. From a team point of view of course there are trophies and European football on offer but I just want to focus on giving everything I have and contributing in whichever way I can to make the team better.”

Liam Buckley said: “Seamas has a very bright future in the game. He is very good technically and really clever on the ball. We’ve had him in with us in training and we can see he is going to be a very good addition.

“He is just 19 and at the start of his career. He had a choice of whether to stay in England but he’s made the decision to come home. He has family, friends and a familiar club where he knows the opportunity is there for him. As well as that, he knows the ambition of the club and the team is going well which he can be part of and add to. I think he has that ambition as well.

“We see him as an offensive player, a great passer and a real ‘baller. He comes straight into contention. He has been part of things for a while and he’s ready to go.

“As I mentioned, the players here have been doing well so it’s up to Seamas to grab the chance and I think the move is a great one for all concerned.

“It’s not easy to bring in players because we want ones who will add to the group and fit into the environment here. We’re still looking to strengthen if we can.” 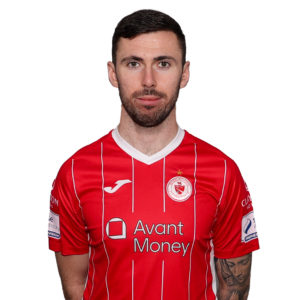