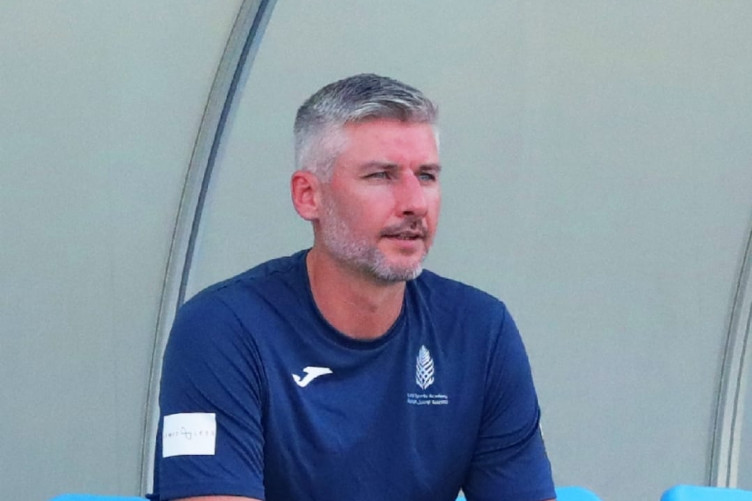 It has been another season of great progress for Lusail FC from Qatar and in particular their Technical Director and former Bit O’ Red hero Ciaran Kelly as they finished 3rd in the Qatari Second Division and are now on the verge of being fully accredited as a professional club by the Qatar FA which would mean they would be entitled to centralised funding:

“The season is just over here, we are playing in the Qatari Second Division and finished 3rd in the League which is a great achievement seeing as we are only allowed by the league to play amateur status players. Other clubs in the League are allowed to sign up to 5 professional players – one from the Middle East, one from Asia and three from the rest of the World. For us to be able to do the same you have to meet the criteria that has been laid down by the Qatar Football Association and be operating as a club in the second division for over 3 years and then to be accredited by them and received funding from them towards the signing of players and the hiring of staff. In that respect it is very like the centralised system used in the MLS in America. We have gone from 7th to 5th to 3rd which is a great achievement for all involved given we no revenue from gate receipts so are entirely reliant on out academy structure and our sponsors. Technically we wouldn’t have been able to get promoted due to our status but we still ended up only three points off 2nd place. We finished very strong considering there was a transition for the players during the season when our new head coach came in. We appointed Fabio Cesar who is an ex Qatari international with a Brazilian background. He came in initially to do some support work with our staff and then when the role came up, he was offered it and accepted the job and has done really well. To finish how we did and have the run of games where we came so close to finishing second was a huge achievement.”

In keeping with Kelly’s proud Cup final tradition Lusail also reached the final of the Qatar FA Cup where they were beaten by top flight side Al-Arabi but for Kelly it was another milestone in their continuing progression as a club:

“We also reached the final of the Qatar FA Cup. The cup is run a little different here. There are two competitions the Amir Cup and then the FA Cup. The FA Cup is for all of the teams not playing in the Asian Champions League. We finished top of our group and then won our quarter-final and semi-final and got to the final against Al-Arabi who play in the top flight, the Qatar Stars League. They are a good side have some high profile players in their side including Icelandic international Aron Gunnarsson who used to play for Cardiff City and Gabon international Aaron Boupendza. You would be frightened if you knew his salary which is $7million dollars a year and he was the difference between the two sides. We were 2-0 down after 14/15 minutes but came back to make a game of it and ended up losing 3-2. The age profile of our side is 23 years old and because of our status and budget we have to look to sign young players who we can develop and move on. We look to see that we have what we are looking for in terms of desire and passion and that they want to use the club as a platform to kick-on in their career. We have to look to develop players for now and for the future and to be winning games. And then creates an issue in its own right in that our players and staff attract the attention of other clubs in the League who would have bigger budgets. That creates a headache for us and adds to all the work that goes on in the off season. Currently the club is in discussions with the QFA about our status for next season and if we are accredited then that will be life changing.”

The club is continuing to grow at a rapid pace and Kelly is keen to continue that growth through strong community programmes and recently their academy was visited by former England international David Beckham:

“This club started in 2014 as a group of ex pats getting together to train on a Tuesday and then play a game on the Saturday in the amateur leagues so nearly like a Castlebar Celtic. Then all of a sudden few years later look how far we have come. I joined as Head Coach in 2017 and then in 2019 we won the Qatar Amateur League to get into the Second Division where we have been since. We have to serve our 3 years to get professional status and to think how much the club has changed in such a short period and now is a huge structure. We run it on a business model which is no different to that of any other club in the World and I draw on the experience of having worked with good people in the past and of making sure we have strong community programmes. We work with ‘Generation Amazing’ who have just won the ‘Football For All’ award from the QFA and through this scheme they arranged for David Beckham to come and visit our academy. Our community scheme is called A-Fereej which translates as village in Arabic and was the closest word we could get to community. We have set up youth leagues and currently are in the midst of a 5 week youth tournament which has over 700 players taking part from ages 7 up to 17 and we have linked in with Pepsi and Aquafina for that. We have gone full cycle in terms of setting up a pathway for players. We have kids starting with us as young as 3 and then all the way to the first team and we have to close that gap so this season we introduced a second team that are playing in the Qatar Amateur League and they actually won the League this season.”

Having experienced the lows and highs in his playing career especially during his  spells with Sligo Rovers, Kelly feel that all of this has given him great examples to draw from as he looks to help Lusail get to the next level:

“I suppose now that I look back at that time period as some of the happiest memories of my life and there times every day when I draw on certain experiences that I had and use that in my decision making with Lusail. I think of scenarios that happened at the clubs I was involved with and what might have went right or what went wrong. For me one of the main things I took from my time with Sligo Rovers is to surround yourself with the best people who want the best for your club and that includes staff, players, committee members. That can be a difficult process to get right but it is all about togetherness. One of the posters we had up in the dressing room in the Showgrounds was ‘Together we are Stronger’ and we use that as a hashtag here. You have to be like a family and that’s what we had in Sligo, we were one big family from the groundsman to the bus driver to the supporters, we were all in it together. At that time we all wanted to win and to bring success to the club. The hurt of losing the 2009 FAI Cup Final drove us one to win first the EA Sports Cup in 2010 and then when we had won that we believed we could win further and that period ran until 2014.”

When asked would he consider a return to Ireland, Kelly admits that is a difficult question to answer as he does keep in touch with what is happened in the League but that ultimately he is happy where is at career wise:

“That’s a difficult question and I don’t know the answer. An hour can be a long time in football and I know that in this industry you nearly have to take it one day at a time. But I am happy here and am surrounded by good people who have given me a platform to grow the club and to be put in the right people to move this club forward. This has been a long process since 2017 but it has been an enjoyable one. And we couldn’t have done it with the support of everyone involved with the club and our partners. Around 3 years ago I did have the opportunity to take over as head coach of the first team here and the players were pushing for me to take over and I was chomping at the bit as I believed I could do a good job. But the President and Vice President said that I could never have that job as if I took it then they would lose me from my current role which was reassuring to hear as it showed that they believed in the work I was doing. In face recently the President of the club referred to me at ‘the brain’! That said I do stay in contact with the goings on in the League of Ireland and see that a lot of young managers and coaches are being given opportunities so part of me is like wow am I missing that window to go and have a go. But I have to be real and look at where I am. I am lucky to have a fantastic work/life balance and am enjoying what I am doing.” 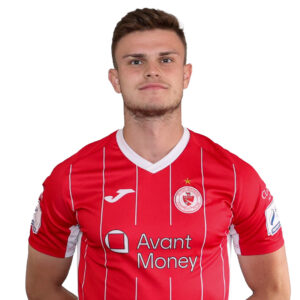