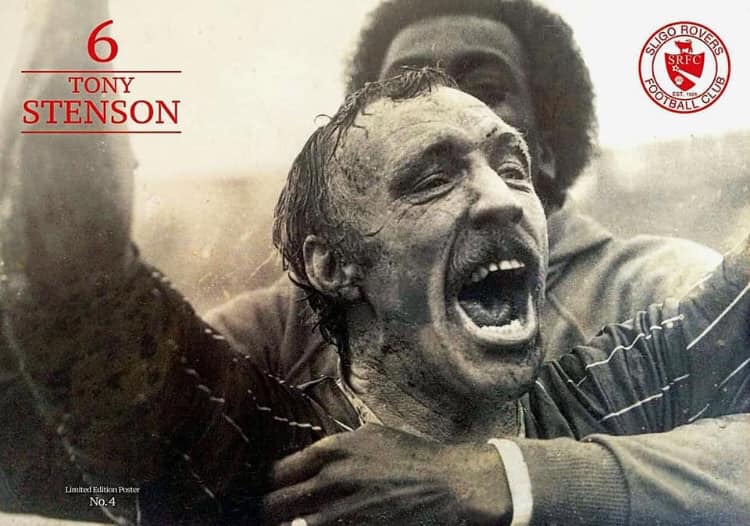 It will be a special night for Sligo Rovers fans on Friday 1 November as club legend Tony Stenson is inducted into the Hall of Fame.

“Stenny”, along with Chris Rutherford, will join the short list of Bit O’ Red greats

Centre-back Stenson joined the club from Sheffield Wednesday in 1969 and went on to play a major role in some of Rovers greatest occasions over his 15 year career with the club. In his first season Rovers reached the FAI Cup final against Bohs. It was to go to three replays with Bohs only scoring shortly after Stenson went off injured.

He initially formed a partnership with David Pugh before the arrival of Chris Rutherford and together they would be central to Rovers league title win in 1977.

He would have to endure two more cup final disappointments before finally getting his hands on the trophy in 1983.

He produced the goal to put Rovers back on level terms in the second half with an excellent volley despite picking up an injury earlier in the game in a show of spirit typical of “Stenny”.

Stenny is an honourary Sligo man and in two weeks he will officially become a Hall of Fame player.