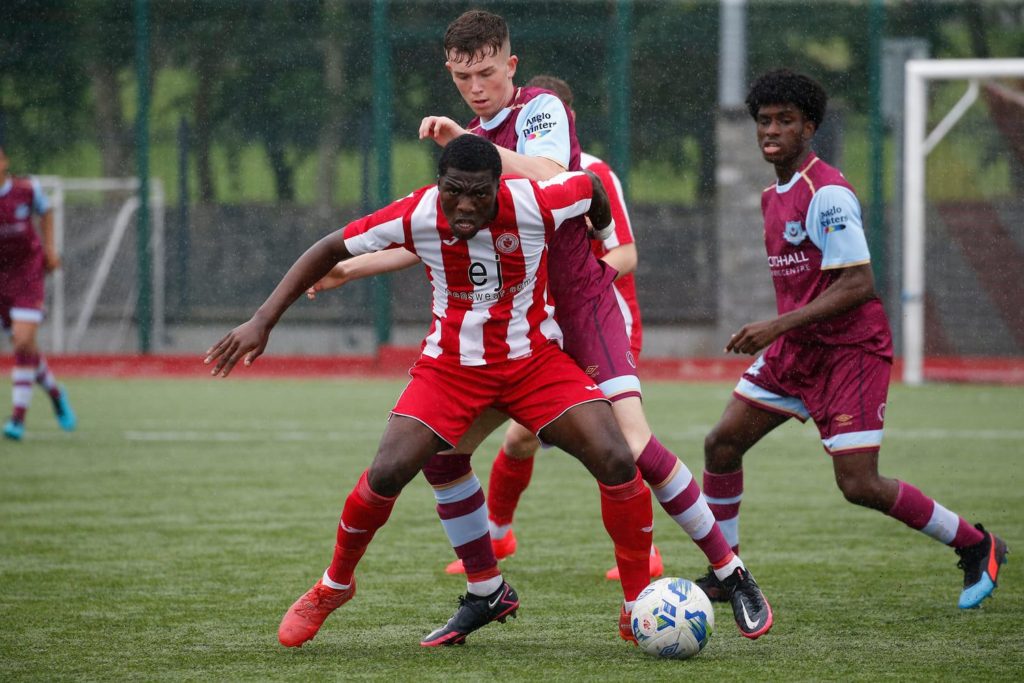 Our Under 19’s ran out 4-1 winners against Drogheda United at The Sean Fallon Centre on Sunday afternoon, two goals in quick succession midway through the second half helping secure the points for Declan Boyle’s men.

Rovers were on the front foot from the beginning with Kailin Barlow involved frequently, his crossing and dead ball delivery causing chaos and playing a part in each of the first three goals before deservedly getting on the scoresheet himself late on. Wingers Aidan McHale and Josh Mulrennan were dangerous every time they had possession in the final third and both players ended the game with a goal apiece while Sean McAteer was the glue holding it all together, his tackling and metronomic passing from central midfield ensuring Rovers were always in control.

The first half-chance fell to Eanna Clancy on 8 minutes after a short corner was eventually whipped in by Barlow, the centre back found space near the penalty spot but both his initial effort and subsequent follow up were blocked by an apprehensive looking defence. That would be the theme of the first half as Rovers forced another corner soon after, Bryan Lynch and McAteer linking well with Mulrennan down the left before Drogheda’s Charles Mutawe stepped in. The resulting corner was sent deep where Ciaran Jennings had broken away from his marker and he was left with a simple header at the back post to make it 1-0. Sligo nearly doubled the lead ten minutes later with almost a carbon copy of the opener, Barlow firing a corner deep to Jennings who again lost his marker but this time the ball was an inch too high for the centre back to make any meaningful contact.

Rovers sixth corner of the half actually led to Drogheda’s first as the away side broke quickly 5 minutes before half time but a tame header was gathered easily by James Robinson as he dirtied his gloves for the first time. Moments later, Drogheda earned another corner and when it wasn’t cleared properly Jamal Ibrahim crossed from the right and Michael Soyemi rose highest to head into the far corner. 1-1 completely against the run of play and Soyemi even had another header saved well, before the half, and Drogheda’s best spell, came to an end.

Drogheda left back Sere Ogiehor was spending most of his day as a winger and he had the first decent chance of a slow going second half, his weaving run to the edge of the box and shot with his weaker foot was gathered by Robinson at the second attempt. From there, Rovers broke down the left and Barlow crossed deep towards McHale when the retreating Ogiehor crashed into the Rovers winger in the area and a penalty was awarded. Drogheda goalkeeper and captain Aaron Davies failed to keep his mouth closed and talked himself into a yellow card before diving to his left as Mulrennan fired into the opposite corner to put Rovers back into the lead.

Both sides made two changes each as the game opened up and substitute Darragh Ellison earned Rovers their first corner of the half. Barlow’s cross again caused panic at the back post where Mulrennan headed across goal and McHale nodded in under pressure from a yard out. Jennings headed wide from yet another terrific cross minutes later and McHale had two shots blocked as Rovers went looking for a fourth. It duly arrived on 84 minutes when Drogheda’s Ibrahim Badru unfortunately lost his footing after some terrific skill in the centre circle allowing Rovers to break 3 v 2, Barlow was slid in on goal and he rolled his finish under Davies and into the bottom right corner to give the score line a more accurate reflection of what preceded it.

Next up for the lads is a home game with Finn Harps on Sunday afternoon. 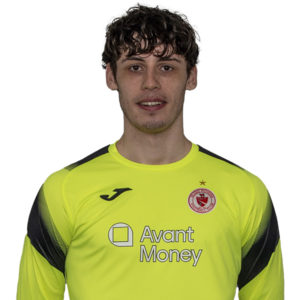